A key aspect for a wallet is acceptance, where can you use the wallet. We need to make sure Tally is accepted on as many dApps as possible, starting with the most used projects out there.

And for a community-owned wallet, who can better ensure this job gets done than the community itself!

The Pawdnership Pack and the Tally Scouts

We have started our journey to become a fully functioning DAO. Over time the DAO structure will mature and evolve, and new working groups will emerge.

One of the first working groups we are kicking off is the Pawdnership Pack, with its so-called Tally Scouts.

Pawdnership Packs’ primary goal and top priority is to integrate Tally into all dApps out there.
Further expanding relationship with other protocols is very important. In this regard we should explore potential co-marketing efforts which would benefit both DAOs and its members.

Becoming a Tally Scout means you would :

Our primary goal is to be able to connect your Tally wallet to as many projects as possible. 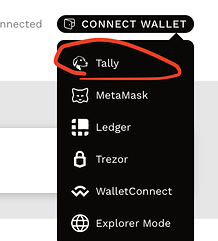 We listed a first set of projects in the table below. For each of these projects we will assign 1 or 2 owners, to make sure these are approached and followed up in a structured way. Key target projects are in bold.

However, this list is definitely not exclusive. It is strongly encouraged to expand the mission to your favorite projects that are not on this list, and become a Tally Scout for these projects as well. 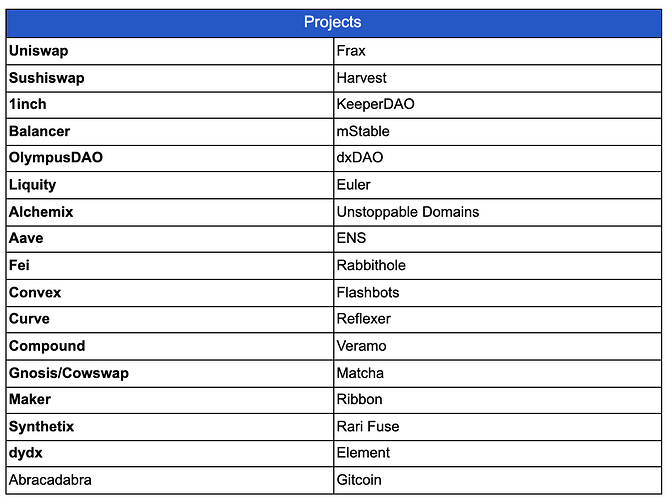 The full list of projects, including projects that were already added and worked upon by community members can be found here :

Add your favorite projects to the bottom of this table, but first make sure you applied to be a Tally Scout in this form!

Ideally we would also partner with other projects in shared crossed co-marketing efforts. Tally promoting the project and vice versa. More on that later in this post.

To spice up things, we’ve decided to combine the launch of the Pawdnership Pack with the Dog Pack Hunt :

Score points for your dog pack by becoming a Tally Scout, complete successful integrations, and earn prizes by doing so.

Know someone who is not yet a Tally Community member, but is in your opinion a perfect Tally Scout? Please invite them over, and feel free to make them a member of your pack!

If you’re already an active community member in one or more of these protocols that’s a plus but if not, just get in there.

Application phase 1
January 12th - onward
Anyone can apply to become a Tally Scout by filling in the form :

Initial selection phase
January 20th - 21st
Screen the applications, and assign Tally Scouts for each of the protocols on the
Table.
Criteria & focus :

Weekly sync calls will be held with all Tally Scouts to discuss status, progress and potential roadblocks. Two calls will be set-up to accommodate timezones.

Co-marketing means building, encouraging and cooperating on mutual beneficial promotion activities of our protocols. The initial idea would be to promote a successful integration of Tally by a project to their community (twitter, Discord, Telegram etc). And Tally will promote that it can now be used on this project.

Furthermore we’d love to invite teams over to our community calls, to introduce the project to the Tally Community and discuss potential integrations and partnerships.

In case of questions - reach out to @KarlWithAK directly in

If you’re experiencing issues with the Cryptpad Enrollment Form please try using a different browser, that should solve the issue.

But if you prefer you could use this Google Enrollment Form instead. 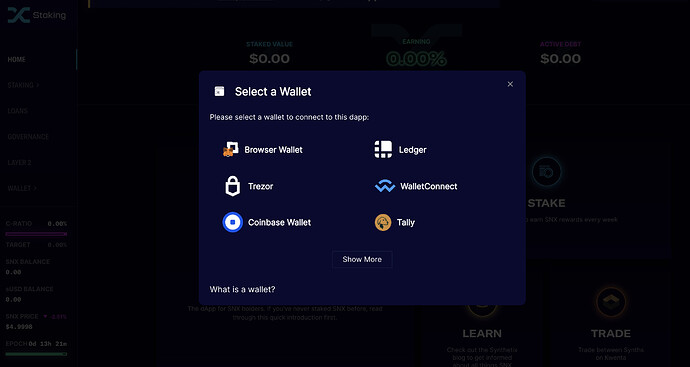 I see that the google doc is no longer the place where the latest information is kept. Perhaps it is better to disable that link and make a note that future developments are tracked through Notion.

It’s this one at Notion: Notion – The all-in-one workspace for your notes, tasks, wikis, and databases.